After the beginning of the Second World War Dßloch received on October 3, 1939 despite his comparatively low rank the appointment as Commanding General of the II. Flak Corps . With this association, he supported during the Western campaign in 1940 Army Group B. The flak was able to achieve great successes, especially in the ground attack against enemy tanks. He was awarded the Knight's Cross of the Iron Cross at the end of June and was promoted to lieutenant- general on 19 July. From 1941 to 1942, Deßloch's corps took part in the war against the Soviet Union in the middle section of the Eastern Front. On January 1, 1942, promoted to General of the Airmen , he commanded from May 12, 1942 to June 10, 1943 as Commanding General, the 1st Flak Corps on the southern eastern front. Here he was at the same time commander of the Air Force Command Caucasus (later renamed the Air Force Command Kuban ) during the winter of 1942/43. On June 11, 1943 Deßloch was the successor to the displaced to Italy Wolfram von Richthofen as Commander in Chief of the Air Fleet 4 and was promoted to Colonel General. 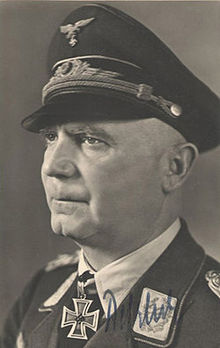 When in the summer of 1944 the German western front collapsed in France and Field Marshal Hugo Sperrle was replaced as Commander-in-Chief of Air Force 3 , Hermann Goering appointed Deßloch as his successor. The new commander-in-chief was only in office a few days after he was personally ordered by Hitler to carry out a bombardment of Paris, which had just been liberated, with all the machines still available. During the night of 26-27 August, about 50 German bombers attacked the northeastern municipalities of Paris, killing more than 200 people. Whether Deßloch would have had the opportunity to sabotage the execution of the Fiihrer's order, much like Dietrich von Choltitz or Hans Speidel , is still a matter of dispute. After only one month in the west, Deßloch returned to his old command of the Luftwaffe 4 on the Eastern Front in September 1944, which he maintained until a few days before the end of the war. At the end of April 1945, he replaced Ritter von Greim as the successor to Luftflotte 6 , which was under the control of almost all air force units still operational in the Reich. After he had been in Allied prisoner of war until 1948, Deßloch devoted himself in the rest of his life mainly to equitation.

Clasp to the Iron Cross II. And I. Class 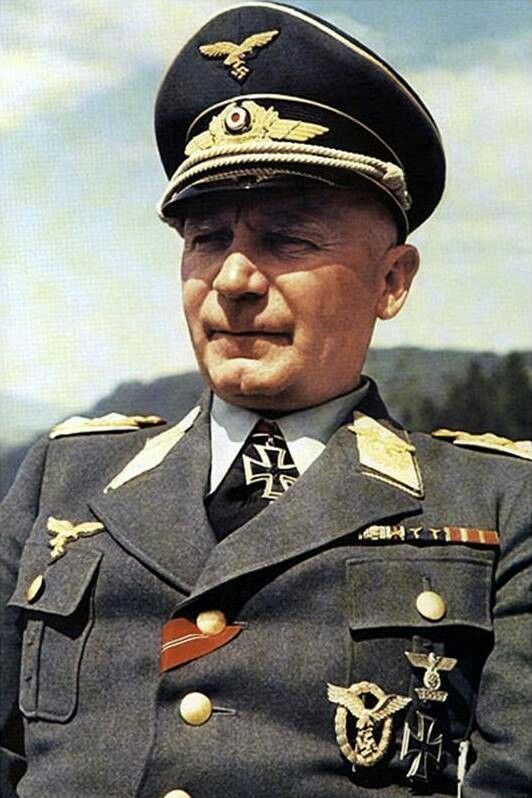 25 other products in the same category: