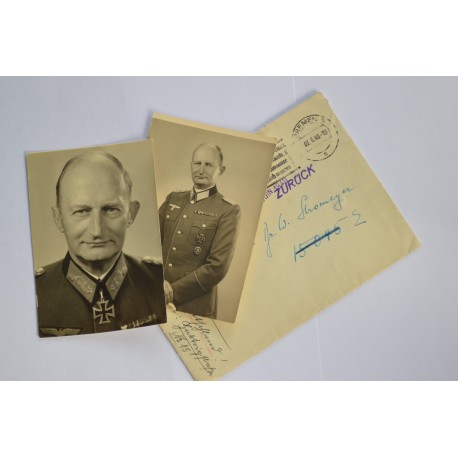 Two Photos Generalmajor Max Fremerey and a letter he wrote to a friend.