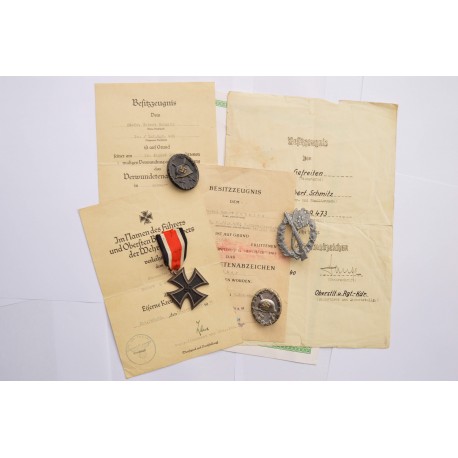 Paul Laux (11 November 1887 – 2 September 1944) was a highly decorated General der Infanterie in the Wehrmacht during World War II who commanded the 16. Armee He was also a recipient of the Knight's Cross of the Iron Cross with Oak Leaves. The Knight's Cross of the Iron Cross and its higher grade Oak Leaves was awarded to recognise extreme battlefield bravery or successful military leadership. On 29 August 1944 Paul Laux crashed during a reconnaissance flight. He died of his injuries on 2 September 1944.