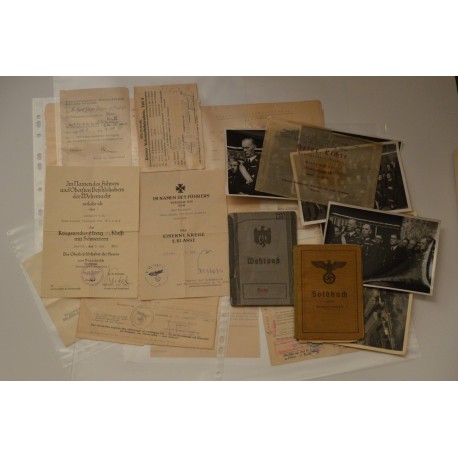 Group documents after the panzer soldier decorated KVK2 and EK2.

Set after the panzer soldier decorated KVK2 and EK2. Paper giving KVK2 signed by Generalfeldmarschall Wilhelm Keitel. Next paper giving to EK2 given in the last days of the war 01.05.1945 signed by General der Infanterie (1 Armee) Hermann Foertsch, who on May 05, 1945 in Haar signed the capitulation of the 1st Armee, 19th and 24th before General Jacob Devers.The owner left for himself image General Foertsch at work, even without RK. Set contains soldbuch, wehrpass, give to kvk2, ek2, many photos and documents after decorated.

25 other products in the same category: