On January 1, 1940, promotion to colonel. On June 20, 1940, he was appointed commander of the Artillery Regiment 103 . From the summer of 1941, he led his regiment then in the Association of the 4th Panzer Division at Army Group Center in Russia. Even before the regiment was renamed the Panzer Artillery Regiment 103 , he had to give up his command because of a wound in mid-November 1941. From March 12, 1942, he was again head of department in the army weapons office. On November 24, 1942, he took over the leadership of the 4th Panzer Division and was promoted to Major General on 1 January 1943. In the spring of 1943, he distinguished himself in the Kursk area with his division in closing a frontal gap between the 2nd Army and the 2nd Panzer Army and would be awarded on May 5, 1943 with the Knight's Cross of the Iron Cross. On June 1, 1943, he was again active as an official group chief of the weapons examination office in the army arms office. As such, he was promoted to lieutenant general on 1 July 1943. On December 28, 1944, he was appointed commander of the 14th Infantry Division . With this division, he fought in early 1945 in East Prussia and in the cauldron of Heiligenbeil and was awarded on 6 March 1945 with the oak leaves to the Knight's Cross of the Iron Cross. Already on March 20, 1945, he was replaced by his command because he met hasty interventions by the FHQ and high party leaders in his command, which eventually earned him even Gestapo-Haft. With the surrender he was then in Western allied captivity. He spent most of this in the hospital Zell am See. He was released on 1 August 1947. 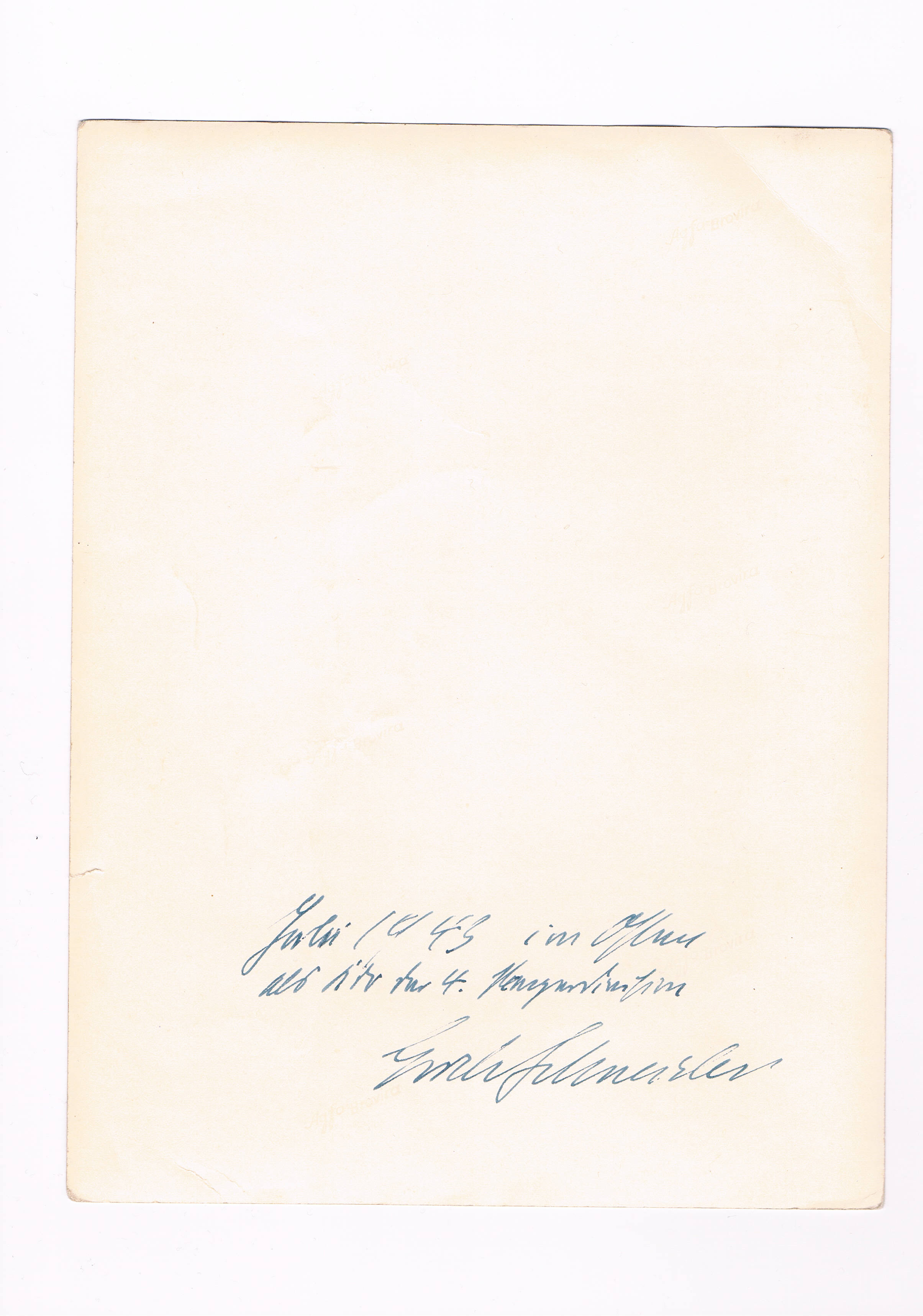 In 1952, he rearmed for rearmament for a stronger integration of military technicians strong. He had good contacts with Amt Blank. In addition, he was a trustee adviser to the German defense industry and an expert of the Federal Ministry of Economics, to which the defense procurement was reserved. In 1953 he wrote the chapter Technology and weapon development in the war for the work "Balance of the Second World War: Insights and obligations for the future", which appeared in the Gerhard Stalling publishing house. Also in 1953, he declined the offered position as head of the sub-department of engineering in the Koblenz Procurement Office. In 1956 he founded the consortium for military technology. Knight's Cross (May 5, 1943) Oak Leaves (March 6, 1945) Literature and sources: Peter Stockert: The Eichenlaubträger 1940 - 1945, 4 volumes, Bad Friedrichshall, 1996/1997 Peter Stockert: The Eichenlaubträger 1940 - 1945, 9 volumes, 4th revised edition, Bad Friedrichshall 2010/2011

23 other products in the same category: