Heinrichs joined the infantry regiment "Graf Tauentzien von Wittenberg" (3rd Brandenburgisches) No. 20 as a flag junker in September 1911 and was promoted to ensign on May 22, 1912. His further training followed until August 1914 at the war school in Anklam. At the beginning of the First World War he was an adjutant to the 1st battalion of his regular regiment, was seriously wounded on the western front and was taken prisoner of war by the French on September 9, 1914. He remained there until August 1918 and returned to Germany in August 1919 after being interned in Switzerland. He was taken over in the Reichswehr and retired from active service in May 1934. He was reactivated in April 1939 and subsequently took over various infantry regiments as commander after the outbreak of World War II. As commander of Infantry Regiment 24 (21st Infantry Division (Wehrmacht)), he participated in the French campaign and the Barbarossa company. On July 1, 1942, he took over the 290th Infantry Division until the end of January 1944. From February 1 to 10, 1944, he was briefly transferred to the leadership reserve and then took over as commander of the 89th Infantry Division (Wehrmacht). He died during an attack on September 8, 1944 near Liège. His remains lie in the military cemetery in Lommel, Belgium. 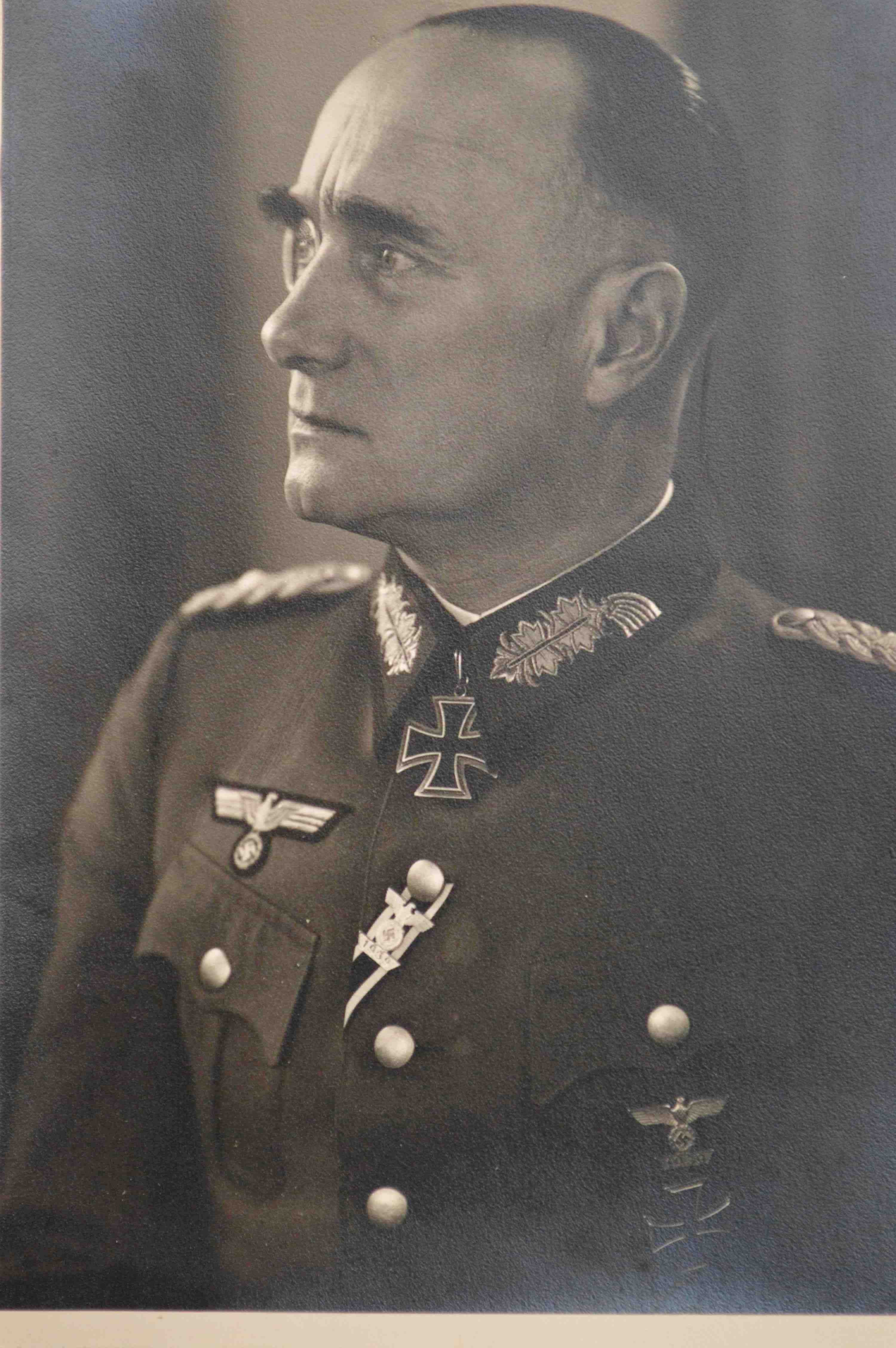 24 other products in the same category: