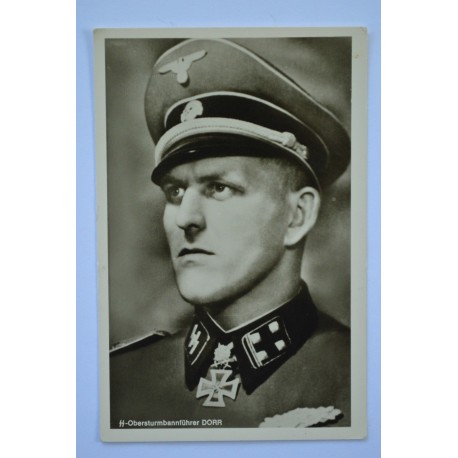 Hans Dorr (April 7, 1912 – April 17, 1945) was a German Waffen-SS Obersturmbannführer (Lieutenant Colonel) who served with the 5. SS-Panzer-Division Wiking and was a commander of the SS-Regiment Germania. He was wounded 16 times during World War II and died at a Field hospital near Judenburg only a month before the war's end. He was also awarded the prestigious Ritterkreuz des Eisernen Kreuzes mit Eichenlaub und Schwertern, Knight's Cross with Oak Leaves and Swords.