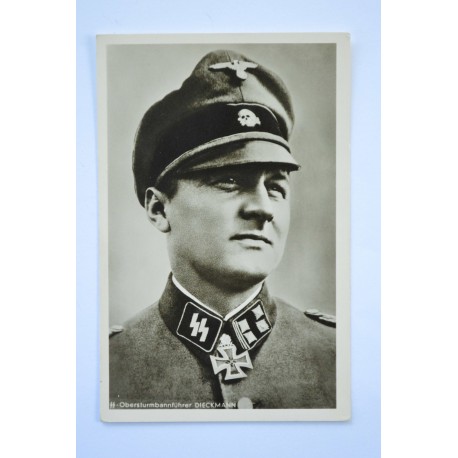 August Dieckmann (born 29 May 1912 in Cadenberge near Hannover; killed in action 10 October 1943 at the Dnjepr) was a highly decorated Standartenführer (Colonel) in the Waffen-SS. He was also a recipient of the Knight's Cross of the Iron Cross with Oak Leaves and Swords (German language: Ritterkreuz des Eisernen Kreuzes mit Eichenlaub und Schwertern). The Knight's Cross of the Iron Cross and its higher grade Oak Leaves and Swords was awarded to recognise extreme battlefield bravery or successful military leadership.

27 other products in the same category: