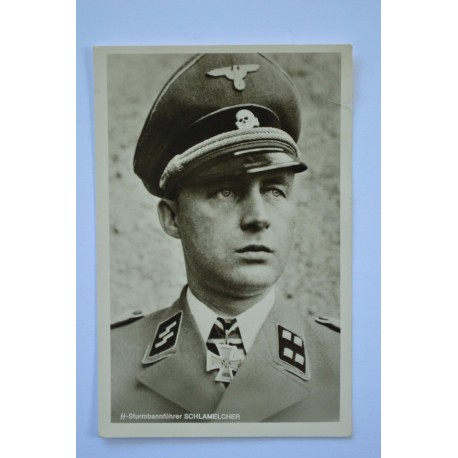 Karl Schlamelcher was a Standartenführer (Colonel) in the Waffen SS during World War II who was awarded the Knight's Cross of the Iron Cross, which was awarded to recognize extreme battlefield bravery or successful military leadership by Nazi Germany during World War II. Standartenführer Karl Schlamelcher was awarded the Knight's Cross in March 1943 while in command of the III.Battalion, 5th SS Panzer Artillery Regiment, 5th SS Panzer Division Wiking.

29 other products in the same category: