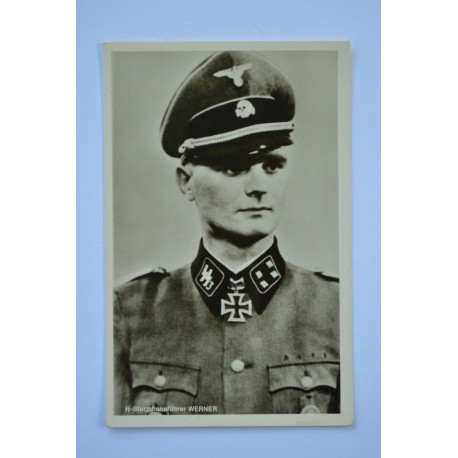 Heinz Werner (2 December 1917 — 8 August 1978) was a Sturmbannführer (Major) in the Waffen-SS who was awarded the Knight's Cross of the Iron Cross with Oak Leaves during World War II. The Knight's Cross was awarded to recognize extreme battlefield bravery or successful military leadership by Nazi Germany during World War II. The Oakleaves was a second award. Werner was awarded his Knight's Cross while in command of the 3rd Battalion, 4th SS Panzer Grenadier Regiment The Führer, 2nd SS Panzer Division Das Reich. Werner survived the war as a prisoner of the French Government, released in June 1951. He died on the 8 August 1978 in Essen.

29 other products in the same category: