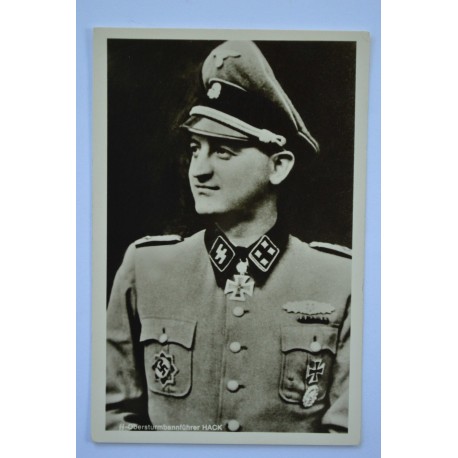 Franz Hack (3 February 1915 – 9 June 1997) was an Obersturmbannführer (Lieutenant Colonel) in the Waffen SS during World War II who was awarded the Knight's Cross with Oakleaves and the Close Combat Clasp in Gold. Hack was born in Mannheim, Germany on 3 February 1915. Upon joining the SS he was issued the service number 227 129, his first command was the 1st Company, Germania Regiment in 1938. He ended the war as the commander of the 10th SS Panzer Grenadier Regiment Westland, 5th SS Panzer Grenadier Division Wiking. Hack died in Hamburg, Germany in June 1997.